In August of 2021, the federal government announced the launch of a $2.75 billion Zero Emission Transit Fund – a five-year national program to help communities invest in zero emission public transit and school transportation options. This announcement complimented the Canada Infrastructure Bank (CIB) commitment to invest at least $1.5 billion in zero emission buses. In April of this year, The City of Brampton and CIB achieved financial close on an investment with CIB committing up to $400 million to support Brampton Transit’s purchase of up to 450 zero-emission buses (ZEBs) by 2027.

The CIB’s financing will contribute towards the upfront capital cost of the ZEBs, and more specifically battery electric buses, to help accelerate the electrification of the City’s bus fleet. Consistent with the CIB’s ZEB initiative, repayment of the investment is expected to be covered through the anticipated operating cost savings over time of the ZEBs as compared to diesel buses. CIB is sharing in the risk of those savings materializing with the City.

While the INFC contribution program and the CIB financing were designed to work together, it’s aways challenging to be the first out of the blocks. The TTC and Brampton Transit have learned a lot over the last year, working with their Finance Departments on an approach to calculate cost savings and cost avoidance, how to deal with the range of estimates, and to actually believe that a bank is sharing the risk. 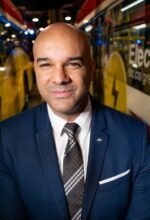 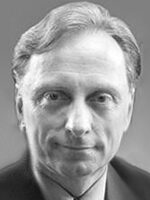