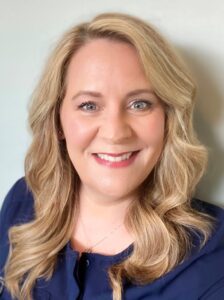 Maureen Cosyn Heath has worked in the field of mass transit for more than 20 years.  She began her career in transit at the London Transit Commission, spent 13 years as CAO at Southwestern Ontario Student Transportation Services, and joined the City of Hamilton as Director of Transit at HSR in June of 2021.  Throughout her career, she has participated in numerous provincial and national committees to advance sector improvement and innovation.

In school bussing, Maureen established one of the largest transportation consortia in the province of Ontario, through establishing initial governance, contracting practices, and implementing data systems to drive system efficiencies.

In transit, Maureen’s background includes the creation of a customer experience program, operations, and labor relations.  As the Director of HSR, Maureen will continue implementing the city’s network redesign and support the newly approved LRT project.

Maureen has an undergraduate degree in English and holds a Master’s of Public Administration degree from Western University.