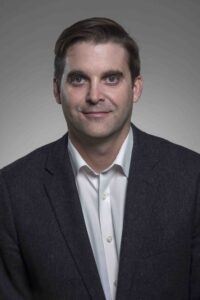 Charles Todd joined the CIB in 2019 and is a Managing Director on the Investments team. He leads the CIB’s investments in Transit, including the Zero-Emission Buses initiative and the Charging and Fuelling Infrastructure initiative. Charles also led the CIB’s historic $466 million investment in Alberta irrigation infrastructure to financial close.

Charles brings significant commercial and legal experience to the CIB, having worked on numerous large infrastructure projects and investments across Canada. Before joining the CIB, Charles was a senior lawyer and Commercial Director at Aecon Group Inc. where he supported Aecon’s most complex pursuits and projects. Charles was also Contracts Director for Crosslinx Transit Solutions, the consortium delivering the $5.3 billion Eglinton Crosstown LRT, where he led the team responsible for all contractual aspects of the project. Charles started his career practicing corporate and commercial law at a major Canadian law firm.